Welcome to my blog, which is designed to give information and inside gossip about The Furry Tale Chronicles, my rom-com series. The first book, If The Shoe Fits, releases with Crimson Romance in April 2013.


UPDATE!! ALL CONTESTS HAVE CLOSED & ALL WINNERS HAVE BEEN NOTIFIED. But that doesn't mean you can't read the fabulous variety of excepts posted for the hop, and you can also still read the free short story written by several Crimson Romance authors.*winks*

Come join ‘we happy few, we band of sisters’ in celebrating our first year as published authors under the Crimson Romance banner. What sets us apart from other romance writers? The diversity of story, the quality of writing and the amazingly original concepts of our writers are unlike any found in usual formula romance. We are unique, as people, as storytellers, as women. So Blog Hop with us, share a comment, sign up to win free book giveaways and prizes (INCLUDING 2 X $50 GIFT CARDS!!), follow the original round-robin story from chapter to chapter, and read excerpts from books that capture the imagination, scratch your itch for a really good love story, and take you on journeys of the heart and soul. We’ll have a Blog Hopping Blast together!

Welcome to my contribution for the CR Sister's A Year in Love Blog Hop!  Lots of fun stuff for you to read, plus several opportunities to win some fabulous prizes - and it all starts here!

First, let me tell you about the two main prizes that we have on offer. We have two $50 gift cards to give away - one for Amazon and one for Barnes & Noble! To be in with a chance to win one of these gift cards, just go to the Rafflecopter at the end of this post and follow the instructions. You can enter on any of the blogs participating in the Blog Hop, and you can find all of the blogs participating by clicking on the Blog Hop badge at the top of this post. Easy peasy, lemon squeezy!

Second, I am holding my own giveaway - a chance to win an ecopy of my debut  novel If the Shoe Fits. This one will be super-easy for you - all you need to do is leave a comment below and mention the hero and heroine's name from If the Shoe Fits, and seeing as I'm posting the blurb right below this paragraph, that shouldn't be too hard a question. *winks* I'll pop everyone's name into a virtual hat, and pick a winner at the end of the hop. If you aren't reachable by clicking on your blogger name, please leave an email address or Twitter handle so that I can notify you if you've won! 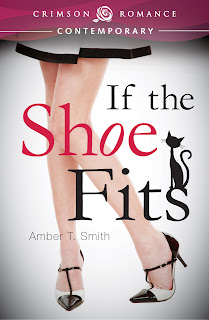 Life isn’t a fairy tale… except when it is.
There’s nothing wrong with Ella Gibson’s life— it just isn’t very exciting, despite being surrounded by lingerie. Working for Cardiff’s top modelling agency should have been glamorous, but most of the time Ella is running around with memos and cups of coffee. It’s a far cry from living the dream, but skirting the edge of her fantasy life is enough.
Then comes the day when her cat starts to talk, claiming to be Ella’s fairy godmother. As if that weren’t crazy enough, the pesky puss becomes a fashion advisor and behavioral expert, too. Add an evil ex-stepmother, a hunk called Max Charming, plus a looming party-cum-ball, and you have all the elements of a classical fairy tale. There’s even a couple of ugly sisters—the fact that they are two gorgeous gay men being neither here nor there.
Ella’s not your typical fairy-tale princess though, and it will take more than a discarded glass slipper to get her man. It’s quite possible she may have to curb her enthusiasm for cursing a wee bit, not to mention her love of vodka. And can Muse, her surprisingly straight-laced feline friend, overcome her prudishness long enough for Ella to sneak a kiss or three with her intended beau?
Round Robin Exclusive
Lastly - and this was the most fun thing I did for the hop - myself and six other CR Sisters co-wrote an exclusive short story just for the fun of it! I had the dubious honour of opening the story, which I will post below in just a moment. But first I need to tell you about the fabulous prize we have on offer. Yes, that's right - another prize!! All seven co-authors of the Round Robin story are offering an ecopy of their book as a prize for naming the story. That's a whopping seven book bundle for the person who can come up with a fabulous title for our genre-hopping, multi-authored story. All you need to do to be in with a chance to win is read through the entire story, and leave your title suggestion in the comments section of the very last story chapter. All chapters are linked for ease of reading, so this will be a clickety-click, a hop, and a skip for you! Again, when you leave your title suggestion, be sure that we can contact you if you are the lucky winner! A clickable blogger name, Twitter handle, or good old-fashioned email address is all you need!

Before you start reading, I just need to give you a heads up - as the story progresses, it hots up a wee bit, so be prepared for a little steam!

That's the end of my rambling - here's the first part of the story. Enjoy!!


Here endeth my contribution for the blog hop! Don't forget to visit as many of the blogs that are participating as you can for a maximum chance to win prizes!
a Rafflecopter giveaway

Promote your Page too

If the Shoe Fits 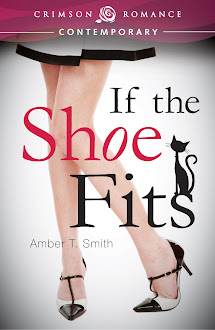 Ella, a twenty-something woman from Cardiff, loves her job, her little house, her two best friends, and her cat. She enjoys nights out on the town, drinking a little too much vodka, and swearing more than she should. She's happy with her life, and it doesn't need changing, right?

But what will she do when her cat starts talking and insists she is Ella's fairy godmother? And what will happen when a new man arrives to take over as boss at Cardiff Mode, the modeling agency where Ella works? Will Max Charming change her mind about needing a man?

Cue plenty of laughs, cursing, accidental nudity, and several trips to the local hospital, as Ella flies from one disaster to the next in her quest to capture her very own Prince Charming.

The original muse for my Muse. 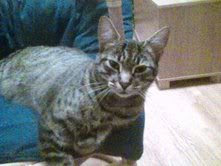